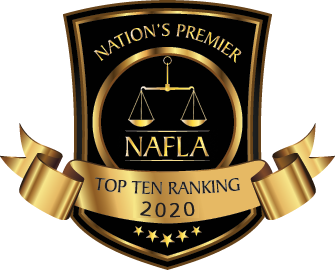 Alphonso was selected for inclusion into the Top Attorneys of North America 2020-2021 edition by The Who's Whos Directories. Also in 2020, the National Academy of Family Law Attorneys (NAFLA) awarded Alphonso the prestigious Top 10 Attorney Award for the State of Maryland. Alphonso began his legal career as a real estate transactions attorney working for an international commercial real estate developer, negotiating commercial real estate contracts. He thought he was fulfilled in his position until a family member desperately needed the help of a tenacious family law attorney. This began a chain of events that led Alphonso to where he is today. He decided that his skills, education and background would be better utilized fighting for individuals and families in court. Alphonso immediately began the transition from a real estate transactions attorney to becoming a highly skilled and aggressive, yet compassionate litigator. Alphonso immediately forged partnerships with several advocacy groups in the region including the Center for Abused Persons, Charles County, Maryland and the YWCA of Annapolis, Maryland. He began assisting these groups with handling the more difficult custody and domestic violence cases in which they did not have the resources to handle as non-profit organizations. Within the first few years of this transition, Alphonso experienced tremendous success in handling the most complex custody litigation matters an attorney could ever experience. Alphonso quickly developed a reputation as the go-to attorney for handling high-conflict family law cases which resulted in him successfully managing hundreds of such cases. Alphonso also joined the Maryland Office of the Public Defender, as a Panel Attorney, and gained experience representing clients in a variety of misdemeanor and felony criminal defense cases including assault, theft, DUI, and possession of a controlled dangerous substance, to name a few.

Alphonso's reputation and track record of success has garnered the respect and acknowledgement of his peers and local judges. Alphonso was selected to lead the Prince George's County Bar Association's Family Law Committee as the Co-Chair. In this leadership capacity, he mentors new family law practitioners and provides a source of continuing legal education for seasoned practitioners. He was also selected to lead the Family Law Clinic for Community Legal Services of Prince George's County, where he currently facilitates workshops for less experienced family law practitioners. Alphonso was invited by members of the bench of the Circuit Court for Prince George's County, Maryland to join the faculty of the Judicial Institute's three day Family Law University Seminar for Maryland judges.

Throughout his career, Alphonso also developed a passion for personal injury law. On September 24, 2009, Alphonso filed a multi-million dollar police brutality lawsuit against the Maryland State Police and a former Maryland State Trooper. Alphonso prevailed, winning a favorable settlement for his client which led to Alphonso successfully recovering compensation for hundreds of individuals and families injured as a result of the recklessness of others.

Native to the region, Alphonso is a leader in his community who gives back by volunteering his time coaching youth soccer and youth Basketball.